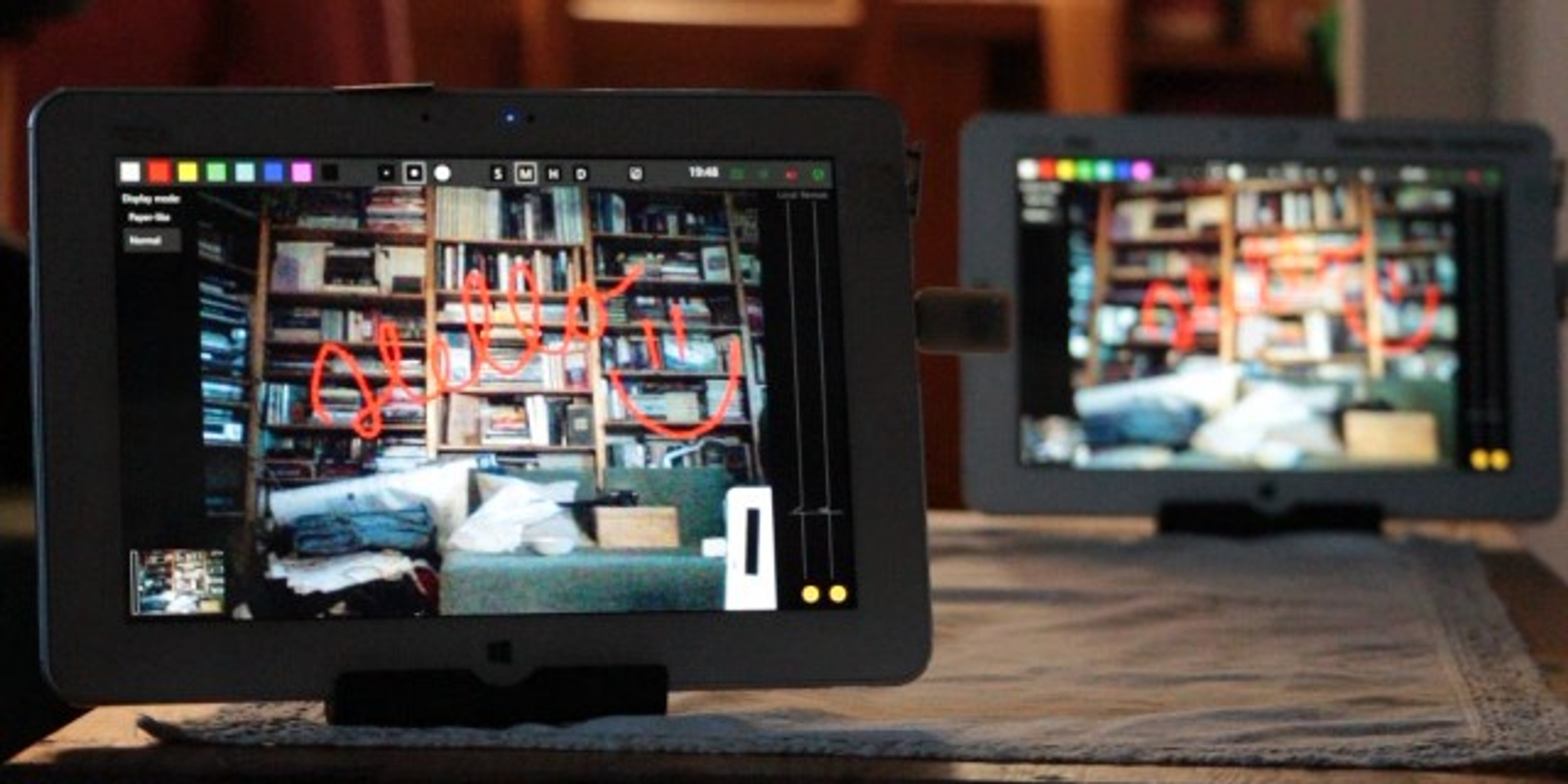 Bedtime Window connects partners in long-distance relationships in bedrooms through paired devices with an automated photo stream and a real-time shared inking canvas.

The system includes an automated photo-stream and a real-time shared inking canvas with disappearing ink.

The device provided a balance between the feeling of presence and privacy, and created new patterns of communication, live interventions, and collaborative drawing.

Going to sleep and waking up together is an everyday yet intimate experience for partners living together. Sharing this time and space among partners separated geographically – in a long-distance-relationship- is, however, limited to video/voice calls.

We present a system for connecting partners in long-distance relationships in bedrooms and at bedtime. Unlike communications explicitly initiated by users, our system is always-on, playing in the background and enabling remote presence without constant use.

We present findings from a field study deployed with five long-distance couples in which the system was deployed into participants' bedrooms. The system includes an automated photo-stream (rather than video), which was found to provide a balance between the feeling of presence and privacy, and to remove the pressure to communicate.

The system also includes a real-time shared inking canvas with disappearing ink, which was found to provide a rich versatile medium allowing for new patterns of communication, live interventions, and collaborative drawing. Learnings from how our system balances privacy and remote connectedness may also have relevance for other domains such as remote healthcare and education.

Bedtime window is a system connecting two places using a custom developed application running on standard Windows PC tablet with a built-in or off-the-shelf RGB light sensor. The senor enables a paper-like display experience where the display mimics reflective surface in terms of light and colour produced, making it physically acceptable in bedrooms at night.

Slow photo stream: the device captures a picture every 5 seconds and sends it to the remote device. The user interface shows a love camera preview in the bottom-left corner with a progress bar so that the user knows at what moment the photo is taken. Received photos are shown full screen in the background, over which the users can ink. Note that the background image is different for each user, since each sees he most recent photo from their partners camera.

Inking: Users can draw on the screen with their finger. As they draw, the inking data is transferred and shown in real-time on the remote device, creating a shared inking space. All inking is in single layer, i.e. later strokes are drawn over earlier strokes regardless of who drew them. Users can select one of 8 predefined colours 3 predefined ink thicknesses and 4 predefined ink durations.

Users have the ability to instantly erase all ink on both devices at once.

Each pair were connected through a server. The devices had a symmetric AES encryption key pre-deployed, so that photos from bedrooms couldn’t be eavesdropped on the network or recovered from the devices transferring them.