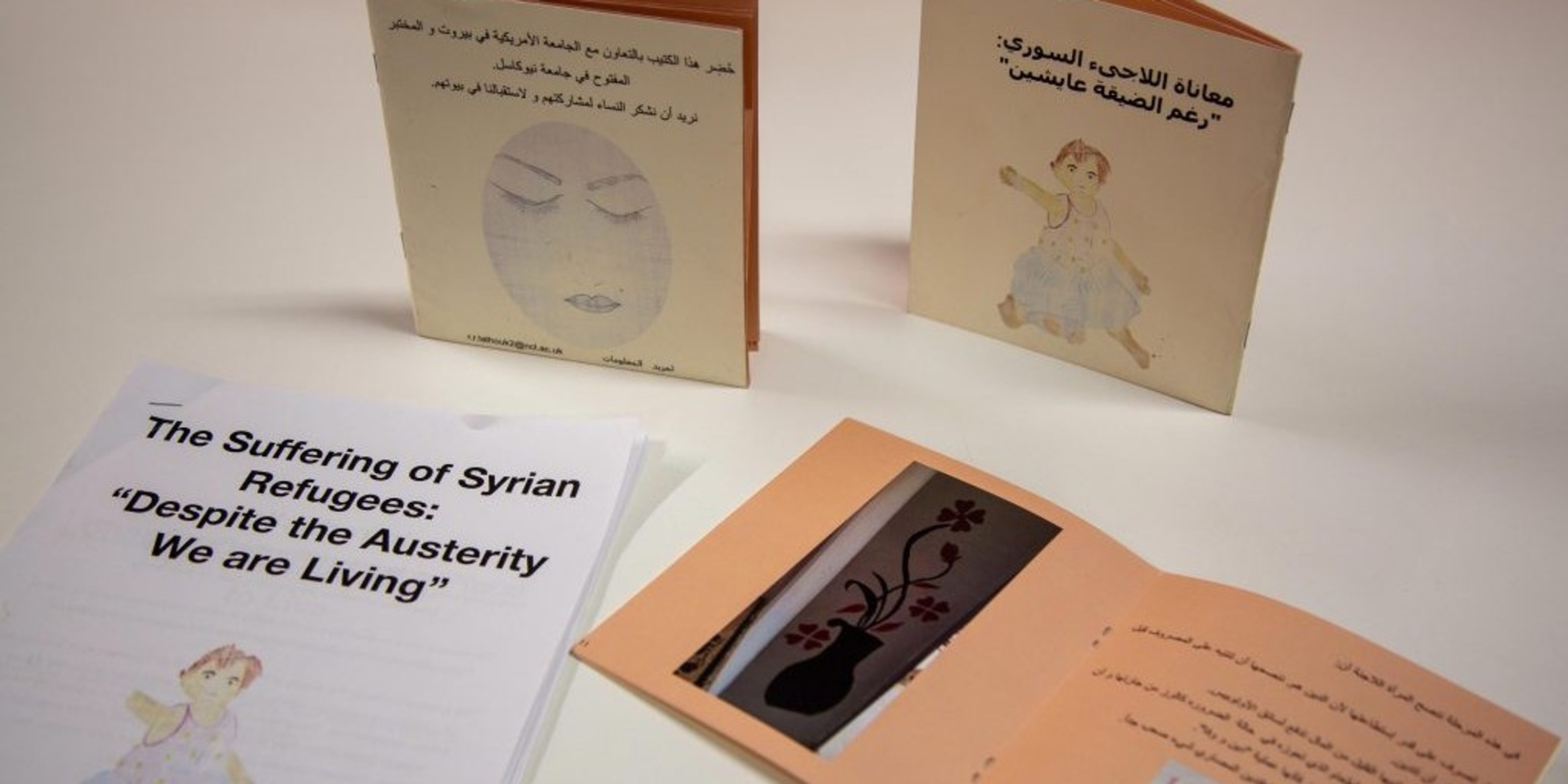 We reflect on designing technology with refugees in an informal setting such as their own communities, and the role of the researcher.

We adopted a dialogical approach throughout our design process, which brought value to the research and created the basis for participant-researcher relationships.

More than 1 million Syrian refugees are registered with the United Nations High Commissioner for Refugees (UNHCR) in Lebanon, however the government estimates the true number of Syrians in the country to be 1.5 million making up around 25% of Lebanon’s population.

Many of these refugees live in informal settlements, and while there has previously been HCI research around designing with refugees, much of this has been done in formal settings.

Formal design workshops can exclude refugees, such as Syrian refugee women who are limited in their ability to travel outside the settlements.

This paper reflects not only on the design process of working with refugees in an informal setting, but also the changing role taken on by the researcher from providing tutoring to children, to navigating their personal and professional identity in this space.

The two case studies presented look at the value of allowing participants to set up the design space, using a dialogical approach, as well as creating a safe space for both the participants and the researcher.

The experiences in the field

We found that adopting a dialogical approach throughout our design process, using techniques such as dialogue cards, brings value to the research and creates the basis for participant-researcher relationships.

Participant in study. Reem connected with participants over day-to-day activities such as eye-brow threading, taking place in the same space as the design activities.

When revisiting the settlement for the continuation of the second case study participants informed Reem that they no longer engage in research projects in which they are to be just interviewed and/or surveyed.

They highlighted that after engaging with the design process and co-creating the booklet they now value research in which the researcher aims to fully understand their lives as well as produce meaningful outcomes.