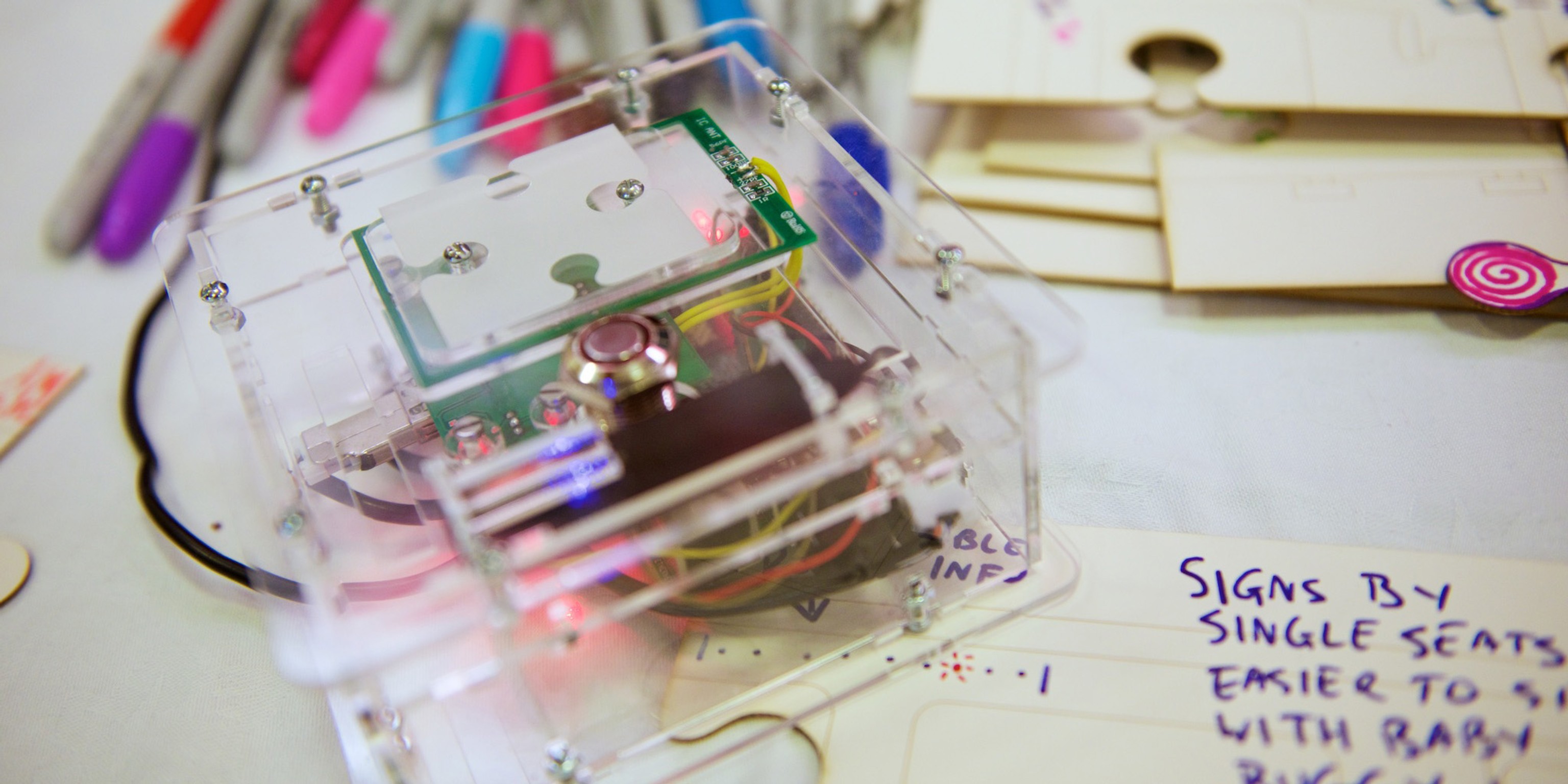 Getting creative with public consultation by asking people to draw and record their thoughts.

JigAudio is a large interactive ‘jigsaw puzzle’ containing a Raspberry Pi, an RFID scanner and a microphone.

During the Great Exhibition of the North, JigsAudio was featured alongside other design innovation in the 'Idea of North' exhibition at the BALTIC Centre for Contemporary Art.

JigsAudio encourages people to express themselves creatively through drawing and talking, exploring how the technology might create new and novel methods of participating with the formal planning process.

Participants are encouraged to draw on a large card or wooden jigsaw piece with an electronic tag on the back. The JigsAudio device reads a radio-frequency identification (RFID) tag (similar to those used in contactless bank cards).

The participant then records an audio clip (by pressing the record button) that is associated with their jigsaw piece and the piece is then placed within the jigsaw. The device contains a Raspberry Pi (a bank card-sized computer), an RFID scanner and a microphone.

JigsAudio was designed for relative ease of use and has one button. Following the deployment, the jigsaw pieces were digitised and displayed alongside audio content on the website. The jigsaws were displayed online in the same arrangement as they were laid-out physically.

Visit the Jigsaudio website to see past projects, or get in touch if you're interested in trying this out for yourself.

2019 – Environment and Planning B: Urban Analytics and City Science