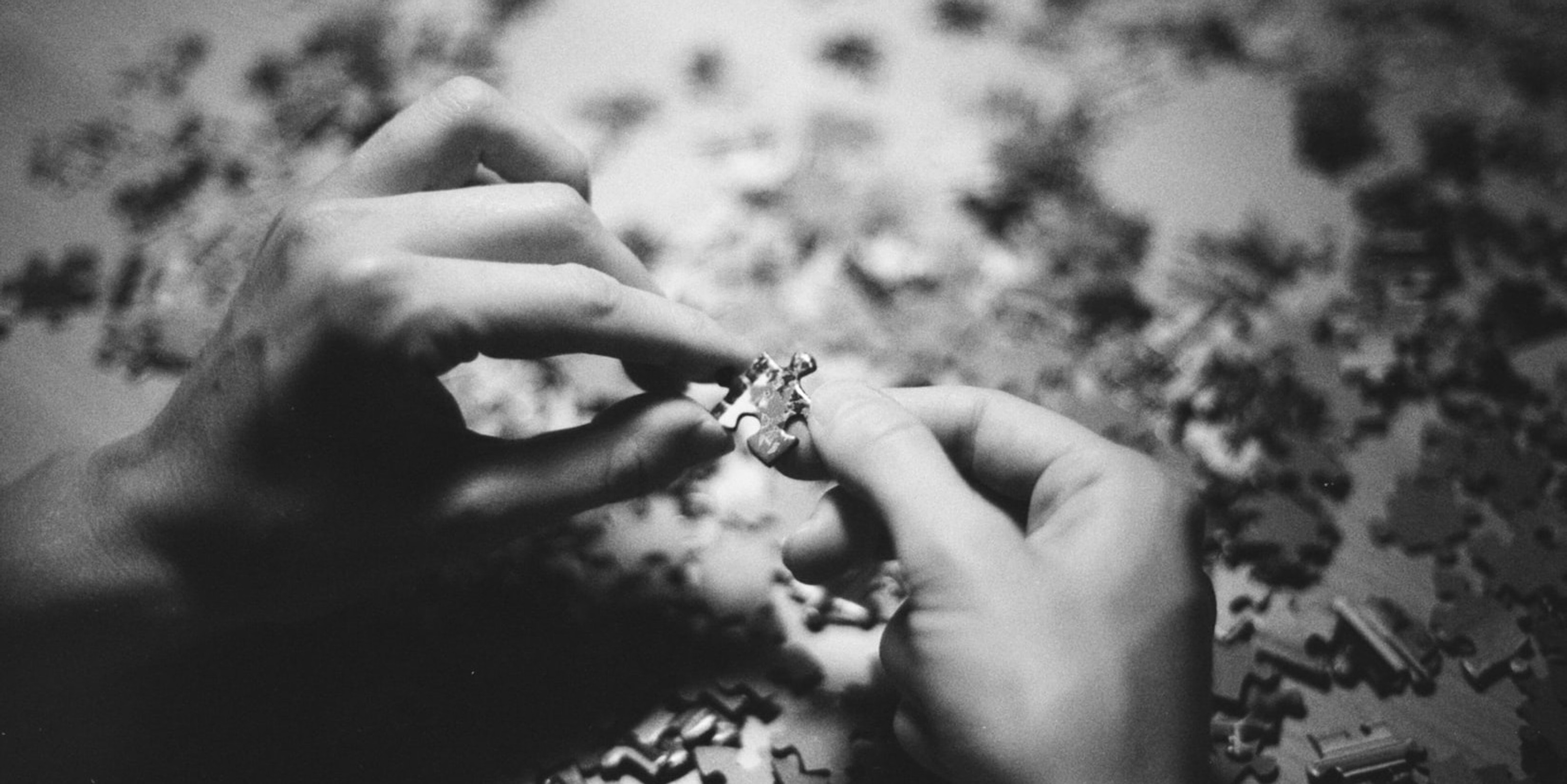 We report on the design, deployment and evaluation of Fragments of the Past a socio-material system that connects audio messages with tangible artefacts as part of a digital peer-support network for people who use violent behaviours against their former and intimate partner.

In this work we report on a ten-month study where we worked with six support workers and eighteen perpetrators of domestic violence.

Understanding how we can support ways to help perpetrators take individual responsibility for abusive behaviour can help to improve collective responsibility towards mitigating domestic violence.

There is growing evidence that digital peer-support networks can have a positive influence on behaviour change and wellbeing outcomes for people who harm themselves and others.

However, making and sustaining such networks are subject to ethical and pragmatic challenges, particularly for perpetrators of domestic violence who pose unique risks when brought together.

In this work we report on a ten-month study where we worked with six support workers and eighteen perpetrators in the design and deployment of Fragments of the Past; a socio-material system that connects audio messages with tangible artefacts.

We share how crafting digitally-augmented artefacts - ‘fragments’ - of experiences of desisting from violence can translate messages for motivation and rapport between peers, without subjecting the process to risks inherent with direct interpersonal communication.

These insights provide the basis for practical considerations for future network design with challenging populations.

Our Fragments of the Past project was conceived as a first step in identifying ways to sustain moderated, pro-social relations for behaviour change support beyond a programme, while seeking to overcome the ethical, practical and pragmatic challenges that can occur in traditional and online peer group creation.

We did this through working closely with a support organisation to facilitate peer exchange from perpetrators further on in their journey toward desisting from using abusive behaviours to perpetrators who had just started the process.

Ethical approval was granted to carry out the research under the condition: “that participants should not have any opportunity to contact with one another”, referring to the communication between the two groups in our study.

Digitally-mediated peer support networks for reducing harm are subject to a number challenges in their creation, such as the risk of collusion and escalation of risk. We identified that the mixed-media medium of ‘fragments’ or artefacts could provide an appropriate channel for passing supportive peer content to other people finding taking their first steps towards desistance to be challenging. This was because artefacts took on a form of temporal permanence – objects that remain fixed across time – artefacts that were able to capture, express and importantly make manifest insightful reflections on emotional support to be physically passed between groups.

We identified that through the process of making many of our participants engaged in work around their own identity with respect to the label ‘perpetrator’; whether seeking to reject it or accept it. We suggest that when creating both asynchronous and synchronous communicative groups, that such practitioners and researchers might investigate including mechanisms for creative expression to assist people in communicating closely held feelings and experiences.

We acknowledge that caution must be applied to repeating such a process where participants who have used harm are not free to present themselves in such a light where their abusive behaviours are legitimised by the minimisation, denial or blame of others.

We acknowledge that our ethical approval that shaped the way this research was conducted most likely stemmed from a concern for protecting vulnerable population groups from undue harm.

Nevertheless, a decision of non-communication, from the perspective of our support organisation, does place undue focus on isolated, static and (arguably) speculative moments of our participants’ journey to non-violence where they could behave irresponsibly.

The chance for risk of entire groups going into relapse or partaking in the reinforcement of negative patterns appears out of step with the greater possibility for the collectives to regulate when outliers occur, particularly since responsible behaviour is determined dynamically overtime rather than within a single incident.

In this way, such blanket verdicts may make ethical clearance and engagement with such groups more challenging, and can lead to a lack of evidence for informing the safe practices that are necessary to reduce the harm to vulnerable population groups.

Fragments of the Past: Curating Peer Support with Perpetrators of Domestic Violence