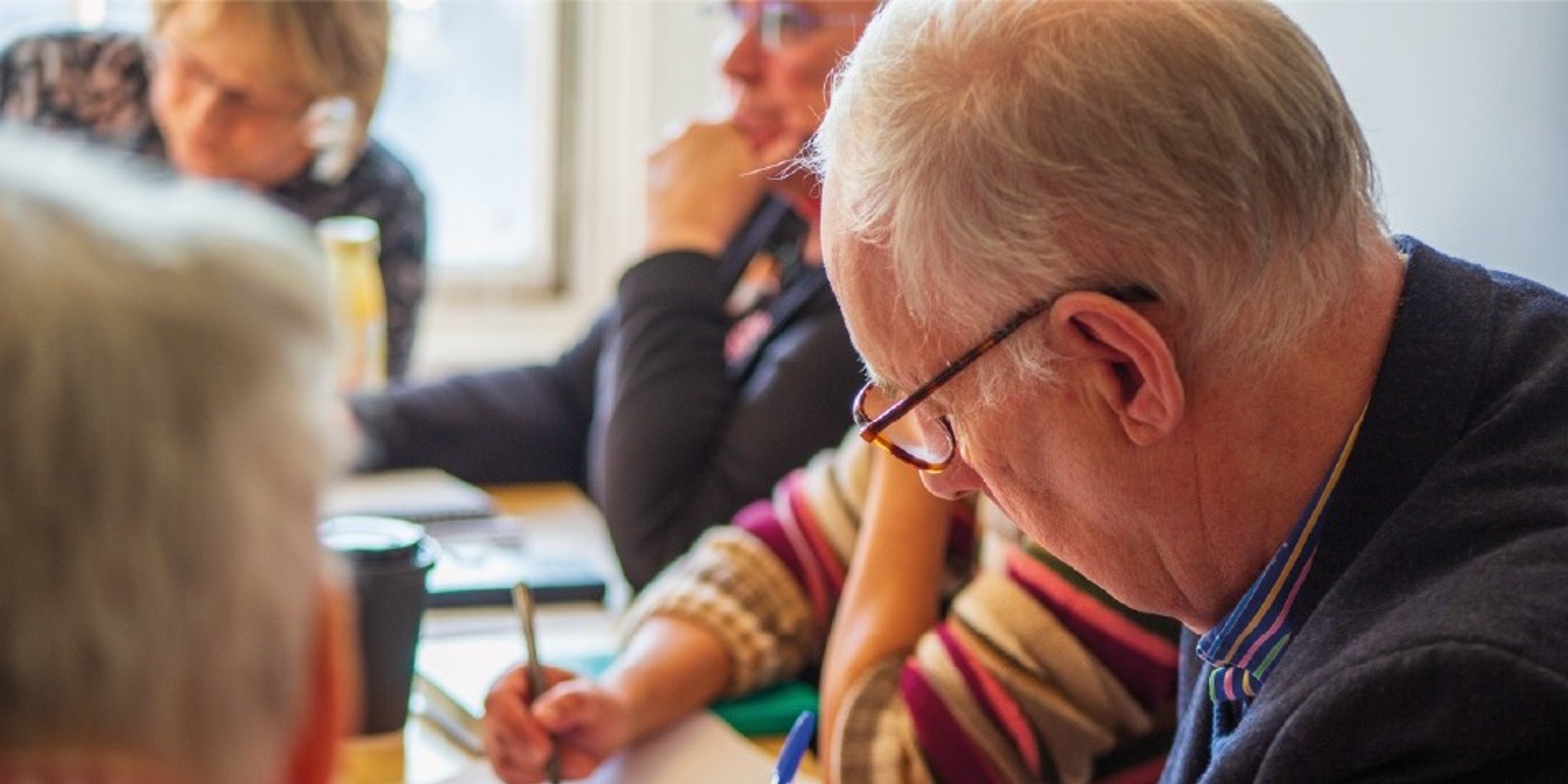 Diversifying Community Radio: the creation of the Later Life Audio and Radio Co-operative

The LLARC was launched at a 2-day radio festival for older adults in Newcastle. We enjoy a diverse membership and an international audience, with some of our productions ranking within the global top 50 interview charts on Mixcloud.

Even though older adults are widely recognised as listeners of radio, it’s predominantly younger voices that dominate the airwaves and older adults are still not commonly perceived as active creators of content. However, the media landscape is changing and an increasing number of older adults is making use of digital media technologies to have their voices heard.

As researchers, we can play a role in breaking down negative stereotypes around age and ageing. For Arlind, an Open Lab PhD student and her community partners this meant taking action and creating a new radio network for older content creators - the Later Life Audio and Radio Co-operative (LLARC).

Coming together as the Later Life Audio and Radio Network co-operative, the members (from broadcasting, third sector and academia) engage with a variety of activities to champion the diversity of later life audio production. LLARC strives to put content produced by older adults in the limelight and celebrate radio as an innovative way for older adults to connect with their communities.

The network launched with a big radio festival, held over two days at Open Lab in October 2019. This festival kickstarted the conversation about ageing and radio production, and provided an exciting new space to debate and innovate.

So far, the Later Life Audio and Radio Network has been bringing together lots of different talk-based audio and radio shows created by older adults as playlists on Mixcloud. It’s free to listen to and people of any age can tune in and enjoy the network’s wide variety of content.

The network continues to grow and has an active presence on Twitter: @LLARCoop.

Anyone of any age can get involved with supporting the network. Listening to and sharing the content is one way of doing this. It’s set to be broadcast in the café of the National Innovation Centre for Ageing in Newcastle- and maybe you’d consider broadcasting it in your own commercial or community space

Telling others about it online or face-to-face about the network is another good way to challenge stereotypes and help get the word out. A website is in the works, but for now, you can share the network’s content on Twitter and tell others about the playlists that are up on Mixcloud.

Finally, it’s open to new members who share the network’s passion for championing diversity in radio, and who can contribute their skills and enthusiasm to the project. To get involved, you can reach out to the network on Twitter.