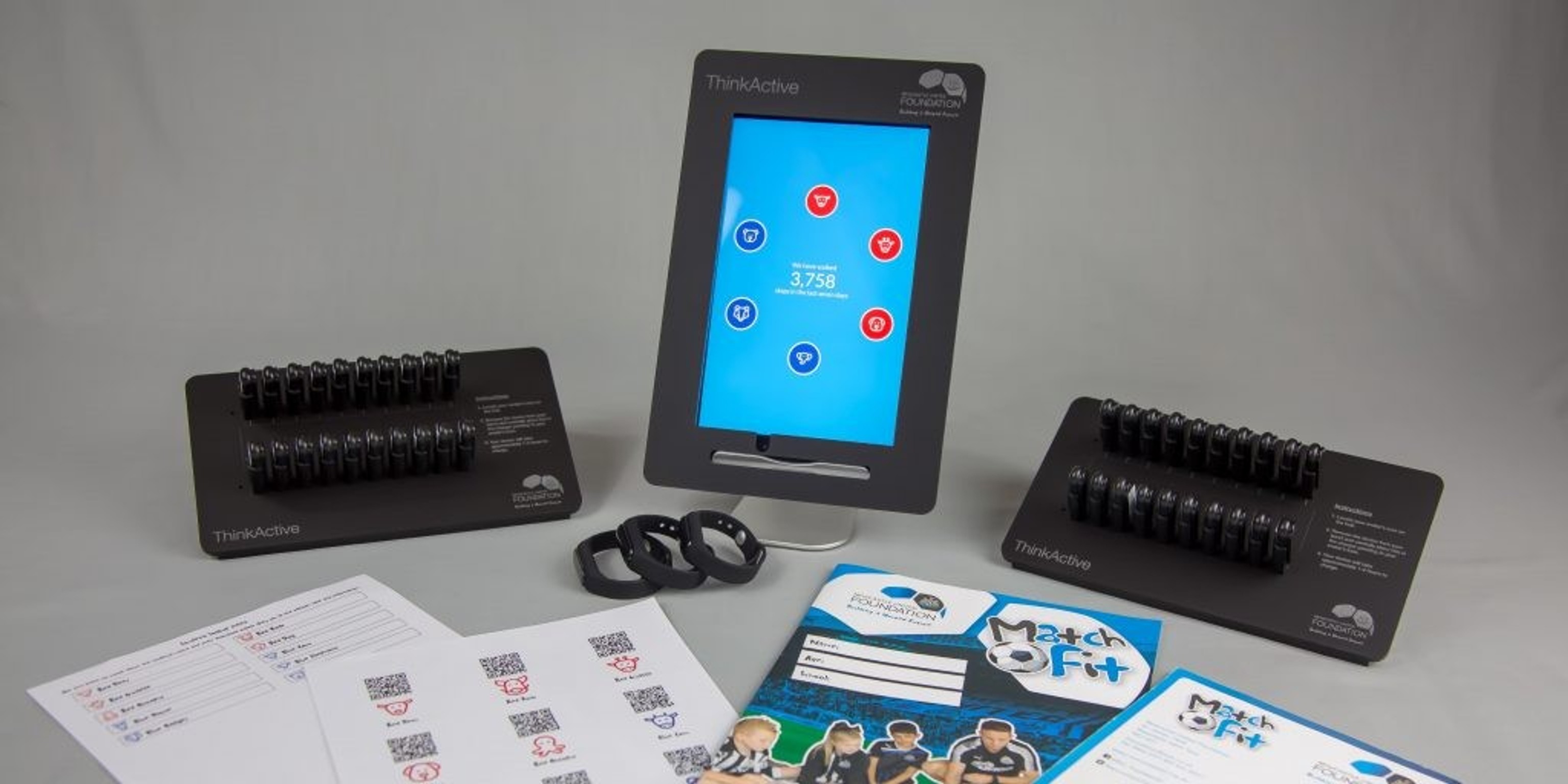 The children did a total of 13,064,861 steps between them during the first study. Each student had a mean average of around 13,000 steps a day, which is the equivalent to around six miles.

ThinkActive is a system to encourage primary aged school children to reflect on their own personal activity data in the classroom.

Open Lab deployed the system with primary schoolchildren in the North East, over a six-week period, in partnership with Newcastle United Foundation’s health and nutrition programme (Match Fit).

ThinkActive uses inexpensive activity trackers and pseudonymised avatars to encourage children to get fit. The teacher is given a collection of activity trackers, and each student is assigned an randomised avatar such as Blue Elephant 3 or Red Octopus 5. They update their step count by scanning their personal QR code onto a ThinkActive hub.

The children compete in teams, but can choose whether they reveal their identity to their friends or the rest of the group. This allows them to compete, but not feel pressured or stigmatised if they don’t have as many steps as someone else.

Their data is anonymized on collection to safeguard the children, and prevent potential stigma or bullying.

ThinkActive: Designing for pseudonymous activity tracking in the classroom