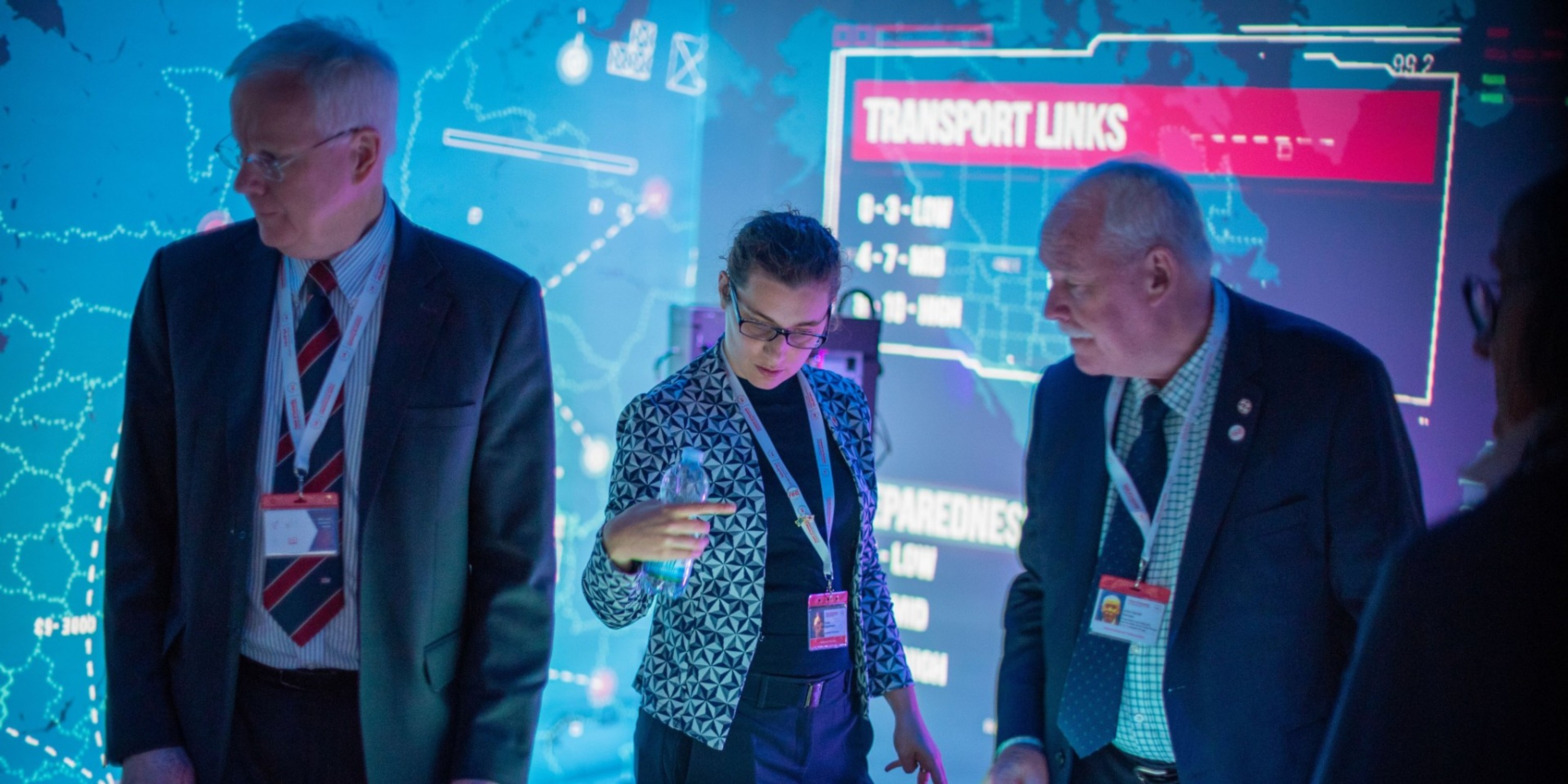 We worked with the International Red Cross and Red Crescent Societies to build the first ever immersive 360 humanitarian escape room experience based on their Strategy 2030.

We used immersive 360 projected environments and game design to create an experience where people could live and internalise the strategy, not just read it.

Over 300 delegates from 60 National Societies took on the escape room at the International Red Cross General Assembly in Geneva.

In 2019, the world's largest humanitarian organisation, the International Federation of Red Cross and Red Crescent Societies, unveiled its 10 year strategy. As global change accelerates, there has never been a more important strategy for the organisation. However, strategy documents are dry, difficult to understand and ultimately, for an organisation with 19 million volunteers, hard to disseminate.

We used immersive 360 projected environments and game design to create an experience where people could live and internalise the strategy, not just read it. This is how we designed and delivered the world's first digitally immersive escape game for humanitarian strategy.

Based around the five major challenges facing the IFRC over the next ten years from migration to climate change – delegates were shown an imagined future where the strategy hasn’t been implemented, they were then asked to solve a series of puzzles and ‘re-write history’ before it was too late. The escape experience took around 30 minutes, and we designed the room to use five digital projectors to achieve full 360 projection, as well as a suite of stage lights to set ambience and immersion.

Over 300 delegates from 60 National Societies took on the escape room from youth volunteers to senior representatives.

Through this design we developed the concept of implicit, explicit and symbolic messaging in immersive game design.

A digitally immersive escape room you say? That has to convey the key messages of a critical strategy document? But also has to be fun and entertaining? Delivered to high-level delegates from all around the globe? In four different languages? In two months? We’ll see what we can do… Daniel Lambton-Howard

At least ten National Societies also requested to have the escape room for their own big conferences the following year or for help in building their own game. There is clearly an appetite for immersive game experiences that can offer an innovative way to engage both internal and external stakeholders into global humanitarian challenges and the work of the Red Cross and Red Crescent.

The immersive escape room - Escape to the Future - was nominated in the DigiLeaders 100 list for Cross-Sector Digital Collaboration of the Year and the Games for Change award in the Best XR for Change category.