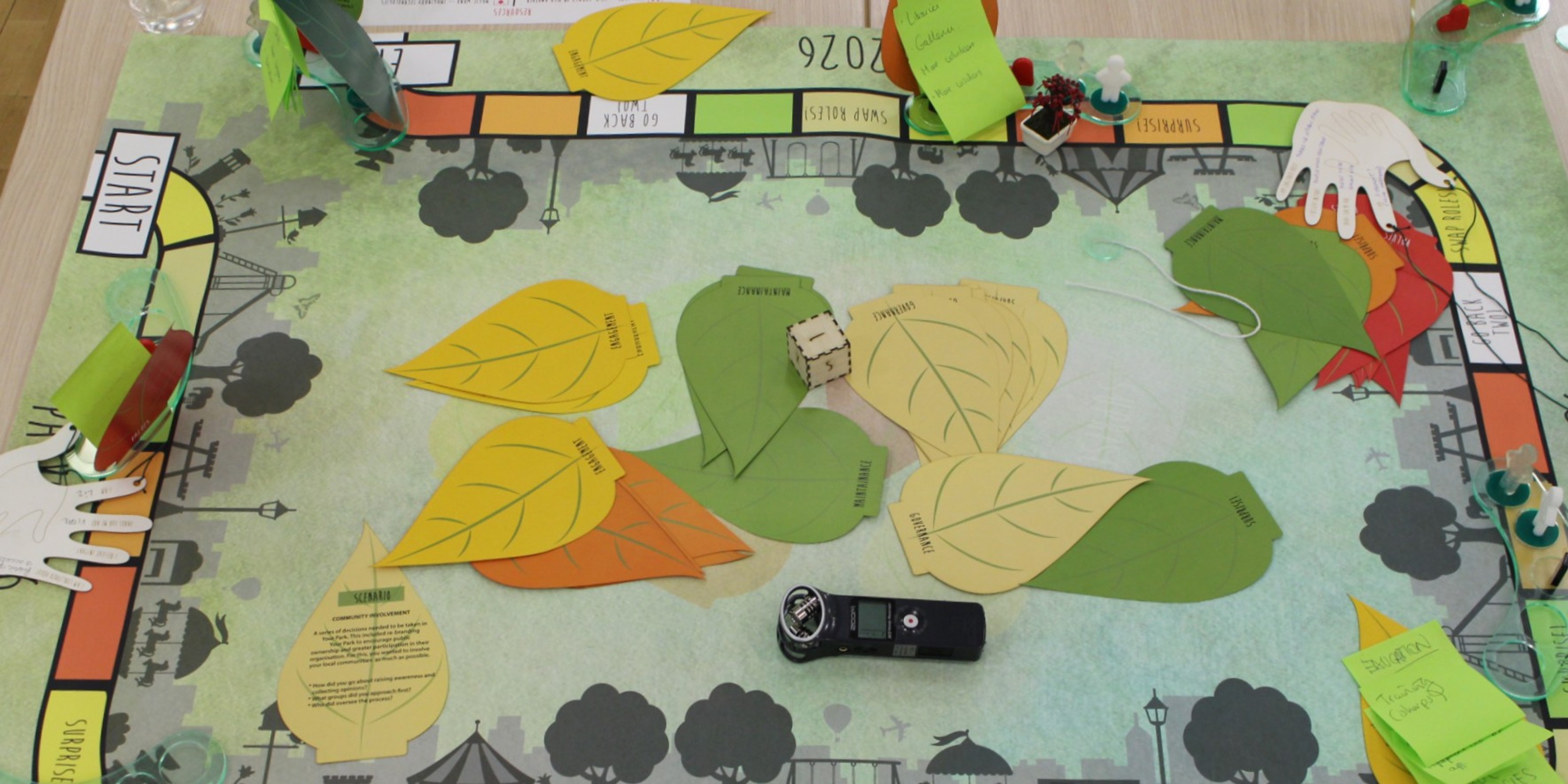 A multi-channel socio-technical process to foster engagement and collaboration in public service transformation including: digitally mediated workshops, a digital platform and live discussion on Twitter.

Research generated through Let’s Talk Park informed the requirements for a new public park service in the city of Newcastle Upon Tyne. The research also demonstrates the value of participatory processes that are able to productively connect citizens and public institutions.

Let’s Talk Parks was a project between Open Lab and Newcastle City Council to design a public engagement and consultation programme to involve local people and multiple stakeholders contribute meaningfully to the decision-making processes on how the city’s parks should be managed in the future.

This was set in the context of austerity Britain where major cuts to public spending meant that public parks services in Newcastle lost 90% of their funds. In response to this, Newcastle City Council explored options to transfer the park services to a charitable entity in order to secure the future of the city’s parks.

The project took place between March and April 2017

Through a series of workshops and online discussions, the consultation fostered discussions around four broad themes, which were explored via future oriented scenarios:

Let’s Talk Parks workshops invited residents, allotment holders, the business community, local volunteer groups, park managers and rangers, and other interested parties to work as a team using a bespoke board game-style process to share values and then consider different scenarios and bring their ideas together into a collective response.

In addition, weekly hour-long debates on Twitter provided opportunities to discuss options and engage with dynamic polls around alternative futures for Newcastle’s parks. The Let’s Talk Parks website acted as a repository for ideas and a platform for further discussion.

Our process and the resulting analysis expose the practical complexities of transformation and co-creation processes. The study points to the productive possibilities that civic participation brings to transformation projects.